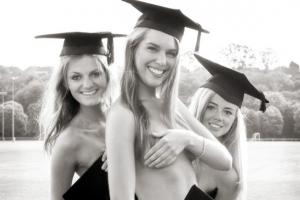 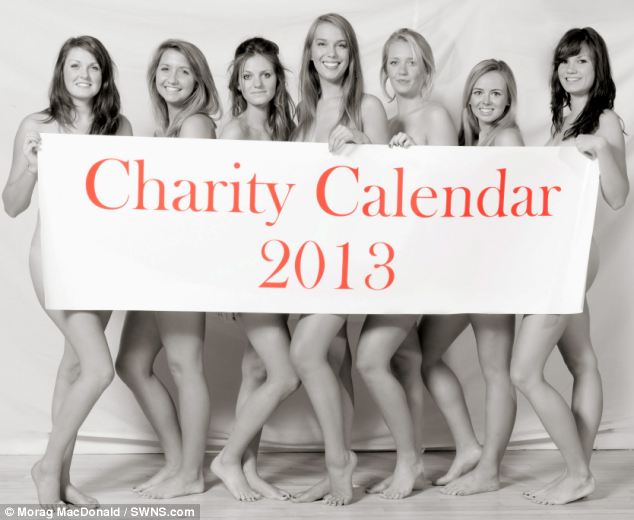 Barefaced cheek: The front cover of the calendar, which features seven brave business students and is raising money for people with brain tumours

Ms Morfoot said: ‘Earlier this year my mother was diagnosed with a grade 3 brain tumour which was devastating for my whole family.

‘Part of the calendar was shot on the grounds of the University rugby pitch, where the groundsmen took a very keen interest, and the Cardiff University gym.

‘The shoot took a whole day where we had to fight against the harsh Welsh elements to give us a gorgeous backdrop.’

In June’s saucy snap, three friends pose naked while reading complicated textbooks, and for July, Ms Morfoot and two others celebrate the end of term wearing nothing but mortarboard hats. 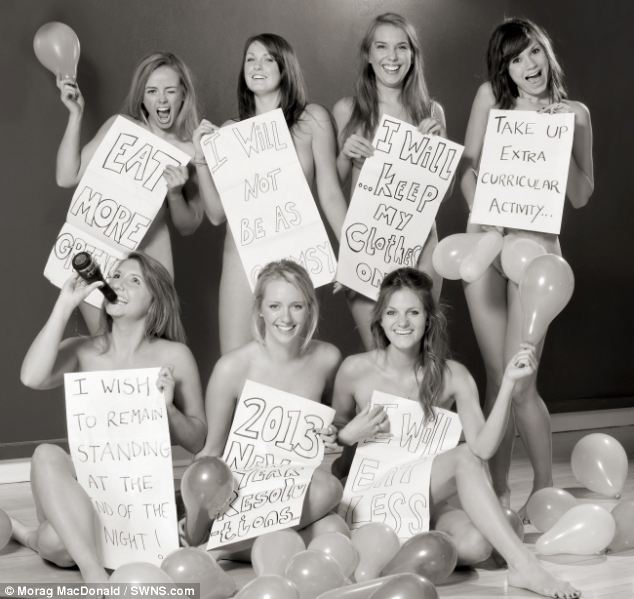 I’ll keep my clothes on! The girls make New Year’s resolutions in the January image 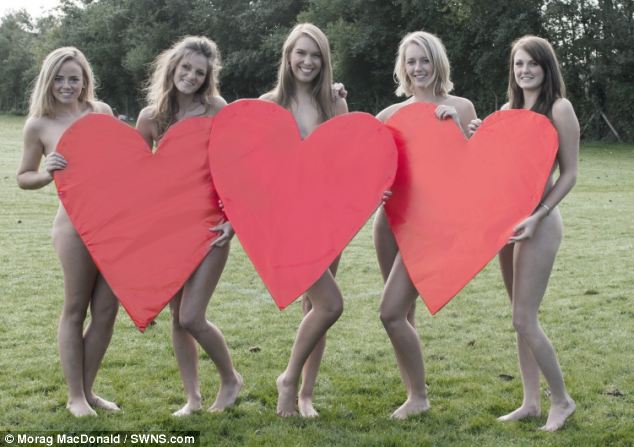 Heartfelt: February’s picture of the nude students in the charity calendar has a Valentine’s Day theme 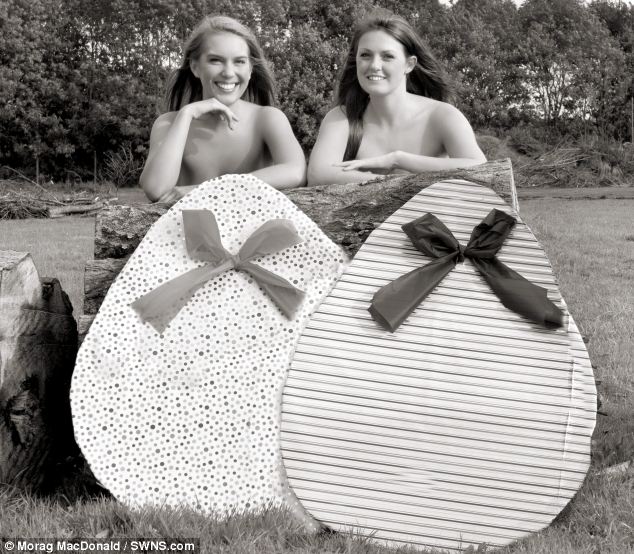 Eggcellent idea: The adventurous friends decided to make the calendar after Ms Morfoot’s mother was diagnosed with a grade 3 brain tumour 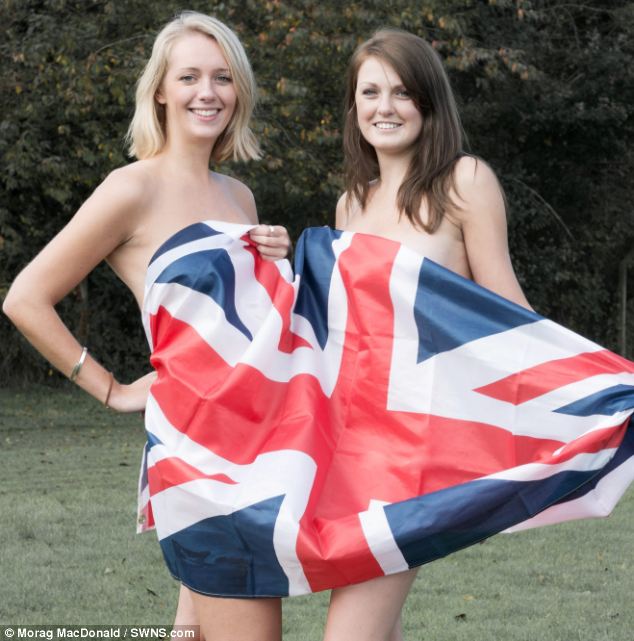 Patriotic: Two students wrap themselves in a Union flag for the April photo on the anniversary of the royal wedding 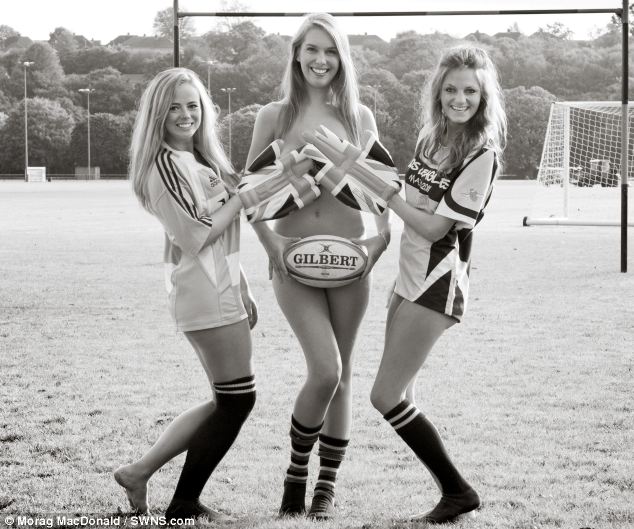 Good sports: The May photo shows the girls having fun on the rugby field 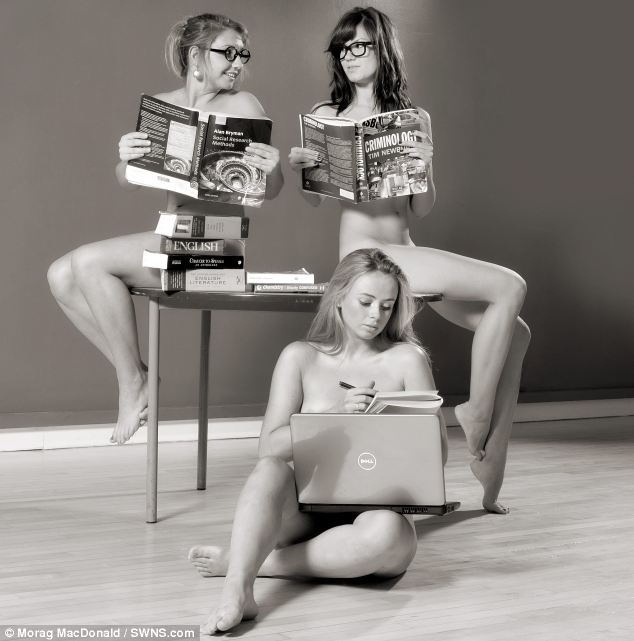 No distractions: The Cardiff University students get down to some studying in the June photo

Mrs Morfoot and husband Richard, both 51, run a jewellery distribution company from Bristol, and have two other children, Lewis, 19, and Archie, 15.

Ms Morfoot said: ‘My parents are so proud of me for doing this all on my own.

‘However, my oldest brother is absolutely mortified about the calendar – he hates it. Archie really couldn’t care less I think.’

Brain tumours are one of the biggest killers in the UK, claiming more than 3,500 victims annually. Ready for anything: They may still be unclothed in August, but the clever young women are prepared for unreliable weather with boots and umbrellas 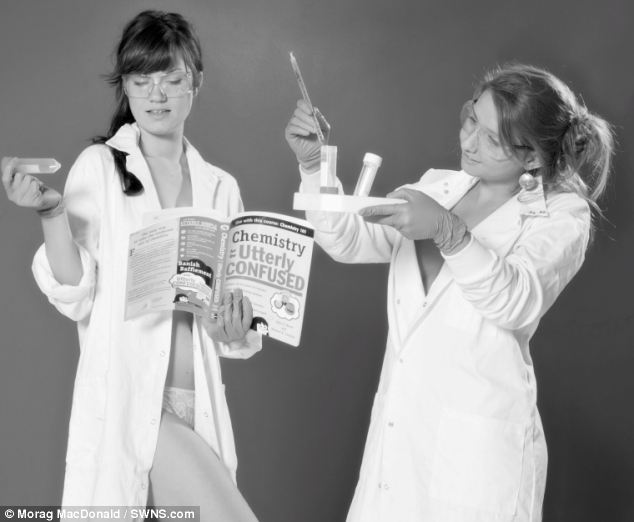 Experimenting: The business students wear lab coats as they try to get their heads around a new subject for September 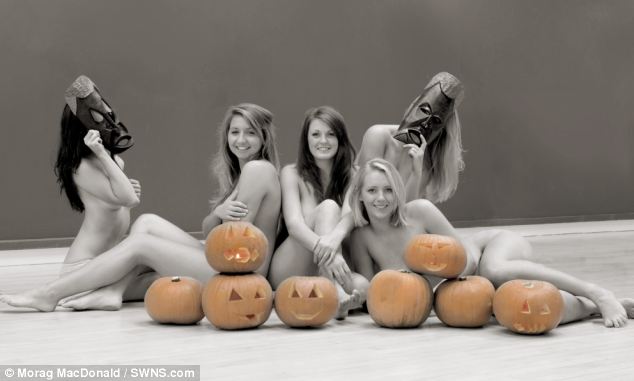 Trick or treat? The friends wear Halloween masks and pose with pumpkins in the October photo of the calendar 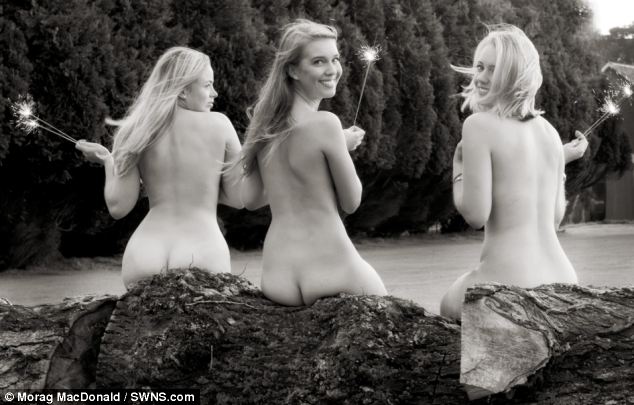 Sparkling smiles: The naked students have to be extra careful on Fireworks night 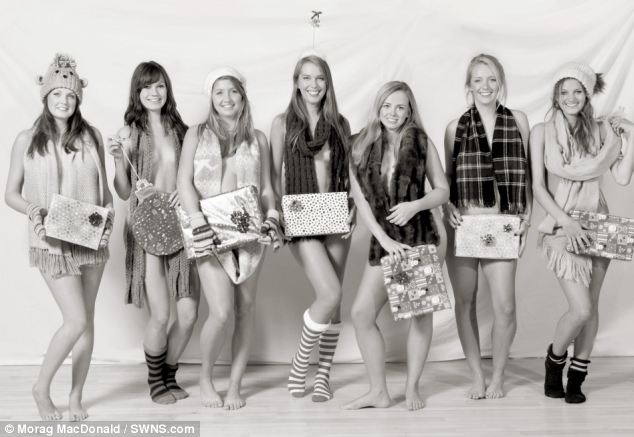 Perfect gift: Ms Morfoot says her parents are proud of her for making the calendar, which may be found tucked inside plenty of stockings this Christmas

etudThat’s a wrap: The students are hoping their photoshoot could help make a real difference to cancer patients’ lives 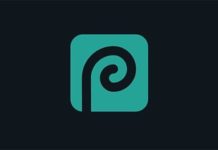 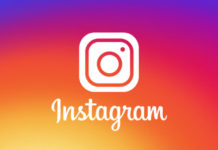 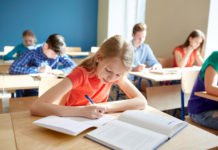 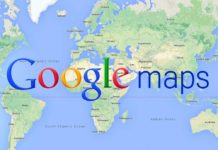 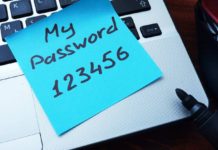 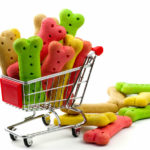